A majority of Americans believe that state marijuana legalization laws have been a success, according to a new survey.

YouGov asked more than 27,000 adults about states where cannabis has been legalized for recreational purposes and whether they “think the legislation has been a success or a failure.”

In the states that have decided to allow recreational marijuana use, do Americans think the legislation has been a success or a failure? 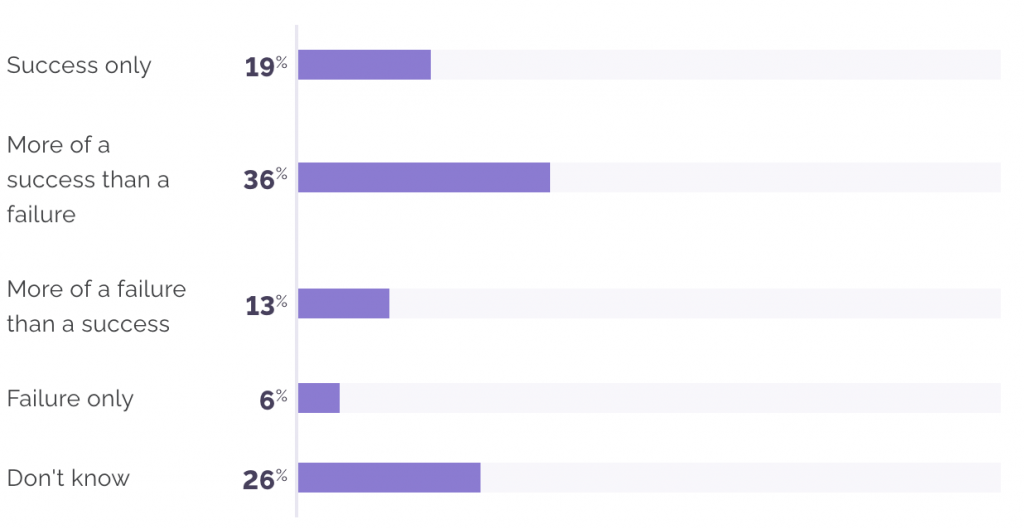 Interestingly, while only 11 states currently allow adult-use cannabis sales, there wasn’t significant variation in responses among individuals in different regions of the country. 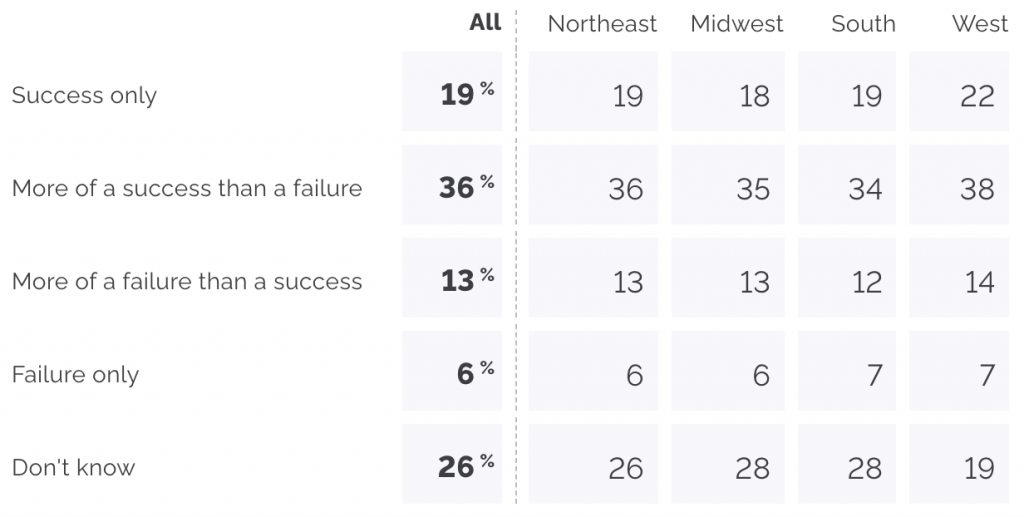 There were partisan divides, however. Democrats were the most likely to say that legalization has been successful or mostly successful (67 percent), followed by independents (54 percent) and Republicans (41 percent). 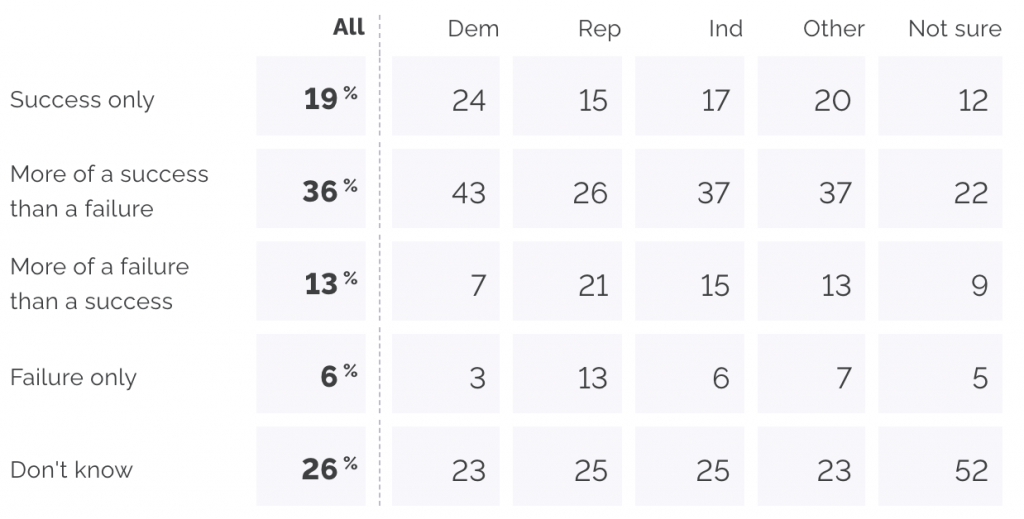 As more states have opted to legalize marijuana, public support has consistently increased over the years. Gallup released a survey last year that showed 66 percent of Americans are in now favor of the policy change.

Support for medical cannabis legalization is even greater. In fact, YouGov released a poll last month that showed a majority of adults agree that dispensaries should kept open as essential services during the coronavirus pandemic.

Marijuana Moment is made possible with support from readers. If you rely on our cannabis advocacy journalism to stay informed, please consider a monthly Patreon pledge.